Is a visit worthwhile?

The Jerónimos Monastery is the most important and probably the most impressive late Gothic building in Lisbon.
The richly decorated façade of the more than 300-meter-long building is world famous. The monastery with the nearby Torre de Belém (Tower of Belém) was declared a UNESCO World Heritage Site in 1983.

If you are interested in architecture and history, Jerónimos Monastery is at the top of the list of attractions. 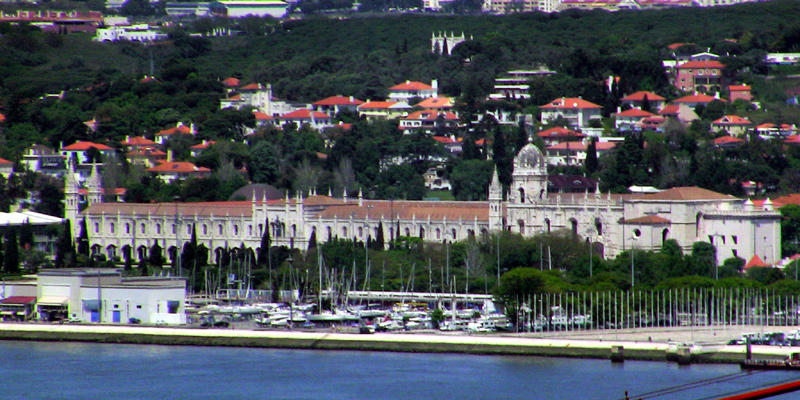 You can experience here a fascinating architecture and the atmosphere of past centuries. Many of the most important Portuguese are buried in the monastery. This is where Vasco da Gama, Fernando Pessoa, Luís de Camões and a whole series of Portuguese kings find their final resting place. 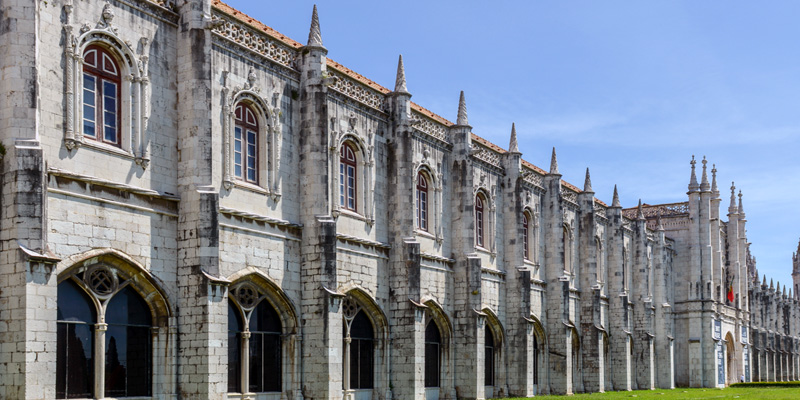 The Portuguese name for the monastery is “Mosteiro dos Jerónimos”. The actually correct translation “ Hieronymites Monastery” is used in many travel guides less frequently than the more common translation “Jerónimos Monastery “

A video’s worth a thousand pictures

Practical information for your visit to Mosteiro dos Jerónimos

The Jerónimos Monastery is one of the TOP sights in Lisbon. It is not for nothing that it has been declared a UNESCO World Heritage Site.

Waiting lines in front of the ticket counter, which mean 1-2 hours queuing, are no exception during the peak and off-season.

Here are our tips on how to avoid hours of waiting:

Not easy tip if you have visited a nice restaurant the evening before … If you are already at the ticket counter shortly before the opening hours, you can be lucky in the off-season and save at least part of the waiting time.
In the main season, I have seen queues even before opening in the morning.


You can buy VIP tickets via this website, with which you can bypass the queue in front of the ticket counter.
This service costs a surcharge of € 2.50 per ticket. You have to decide how much you value that you can avoid waiting for hours. 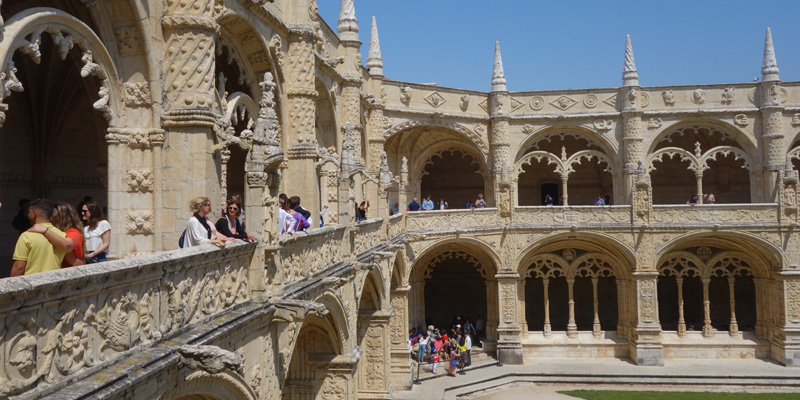 The beautiful cloister in the interior of the monastery – the queues in front of the ticket office can be handled with a VIP ticket (image: FlyingCrimsonPig, CC 2.0 license)

The history of the monastery

The construction of the monastery began in 1502 on the orders of King Manuel I. Shortly before, the famous explorer Vasco da Gama had returned from his first trip to India. He had discovered the long-sought sea route to India. This was a pillar for Portugal’s rise to a great trading nation and world power. The now flourishing overseas trade also made it possible to build the monastery with its magnificent size and character. 100 years later the construction was finished, but it was extended several times. Until the middle of the 19th century, the monastery was home to the Hieronymites, from the Order of Saint Jerome, who also gave the monastery its name.

In 2007, the heads of government of the EU signed the “Treaty of Lisbon” in the Hieronymite monastery for the reorganization of the European Union. This underlines the importance of this building for Lisbon and Portugal as a whole.

The monastery is not located in the city centre, but in the Belém district on the banks of the Tejo (Tagus). Belem has an unusual dense concentration of top sights, national monuments, parks, squares and a unique mix of historic buildings and state-of-the-art architecture.
In the surroundings of the Hieronymus Monastery there are many attractions: the Torre de Belém (the landmark of Lisbon and also World Heritage), the Maritime Monument, many museums or the Pastelaria “Fábrica dos Pastéis de Belém”. This pastry shop has been producing and selling Pastel de Nata, probably the best known pastry from Portugal, since 1837.

In one of the cafés on the banks of the Tejo you can end a beautiful half-day or day trip.

→ More information in this travel guide: Belem district – sights and tips for a nice day trip 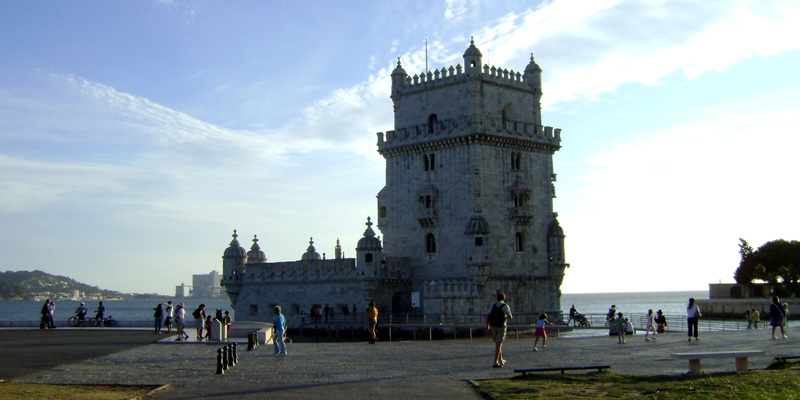 The landmark of Lisbon – the Tower of Belém is right in the neighbourhood (image: F.Ventura_dos_Santos, CC 2.0 license)

What is the best way to get to the Jerónimos Monastery in the Belém district? 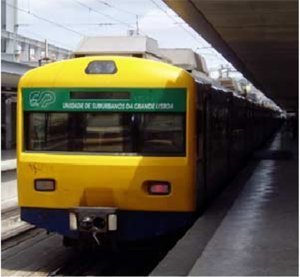 You can easily reach Belém by public transport (image: discoverportugal.info)

Although the Belém neighborhood is not connected to the metro or subaway network, you can easily reach it by public transport. Especially from the center of Lisbon there are good connections.

Tram:
The tram line E15 runs from the city center to Belém. The line runs mostly along the banks of the Tejo.
Important stops are Praça do Comércio, Cais do Sodré , Santos, Santo Amaro, Belém

Train:
The suburban train to Cascais ( Linha de Cascais or Linha de Estoril ), has a stop in Belém. The central starting point in Lisbon is the train station and metro station Cais do Sodré.

Bus:
Many Carris bus routes run through or to Belém (eg 714, 727, 751). Interesting for those who can not directly go directly by tram or train because of the route.

Tip: There is a beautiful bike path to Belém, starting at the train station Cais do Sodré (downtown). It leads directly along the banks of the Tagus. With a rental bike you can round off such a nice half or full day excursion.

Here you will find our information and tips on cycling in Lisbon.

MORE ABOUT LISBON AND PORTUGAL IN THIS TRAVEL GUIDE 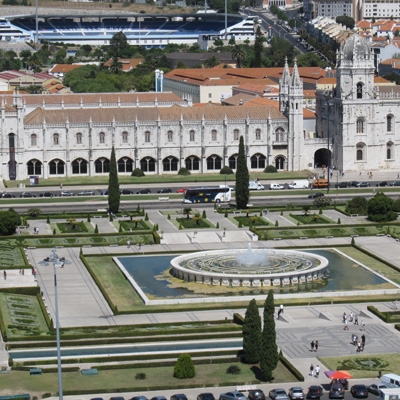 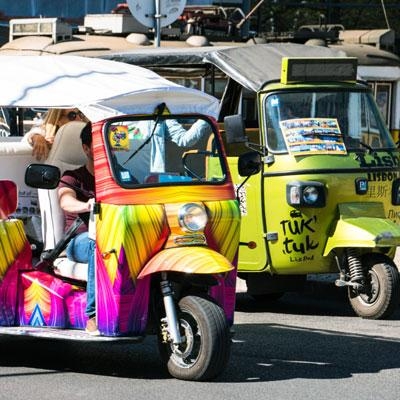 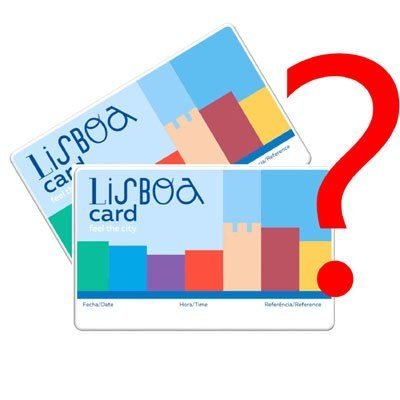 The Lisboa Card is the official sightseeing pass of Lisbon. It is a combination ticket for local transport & free or reduced admission to sightseeing attractions. Is it worth buying?
https://www.discoverportugal.info/reisefuehrer/wp-content/uploads/lisboacard_lissabon.jpg 400 400 portugal-reiseinfo.de https://www.discoverportugal.info/reisefuehrer/wp-content/uploads//portugal_travelguide_logo.jpg portugal-reiseinfo.de2018-01-11 20:32:032019-02-12 18:53:51Testing the “Lisboa Card” – is a purchase worth it? 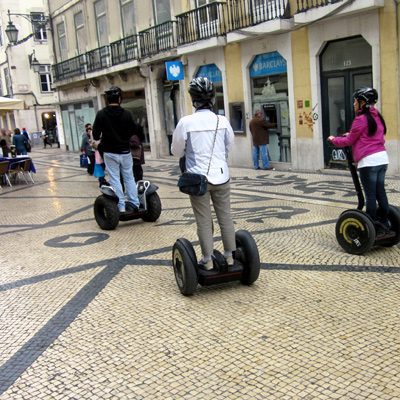 Much to see & little time - our tips. Discover Lisbon on your own. City tours & walks ...read more
https://www.discoverportugal.info/reisefuehrer/wp-content/uploads/sightseeing_lissabon.jpg 400 400 portugal-reiseinfo.de https://www.discoverportugal.info/reisefuehrer/wp-content/uploads//portugal_travelguide_logo.jpg portugal-reiseinfo.de2017-12-02 22:15:172019-02-12 18:47:14Sightseeing - How can I best discover the sights in Lisbon? 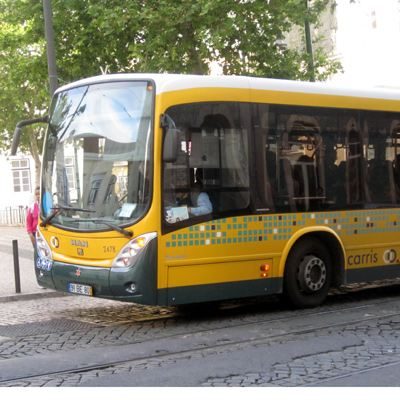 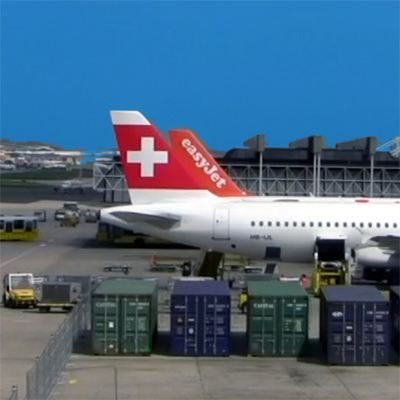 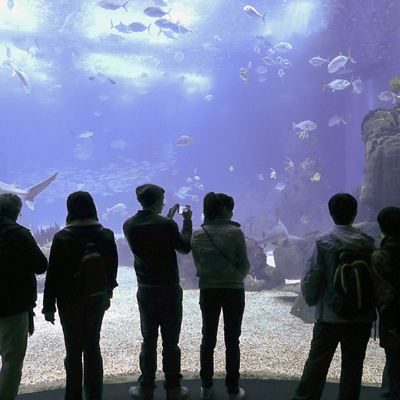 The largest indoor aquarium in Europe. Is it worth a visit? Tip: Avoid waiting queues
https://www.discoverportugal.info/reisefuehrer/wp-content/uploads/ozeanarium_lissabon_v.jpg 400 400 portugal-reiseinfo.de https://www.discoverportugal.info/reisefuehrer/wp-content/uploads//portugal_travelguide_logo.jpg portugal-reiseinfo.de2017-12-02 12:54:172019-08-10 19:29:44Oceanarium Lisbon - No.1 in Europe 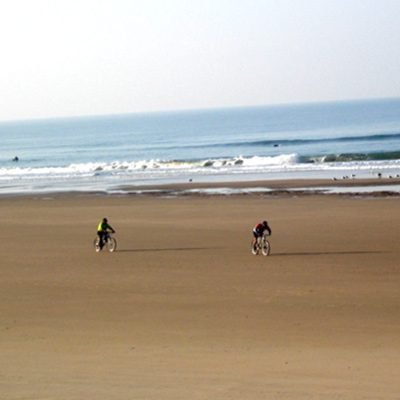 Want to join the discussion?
Feel free to contribute!

This site uses cookies. By continuing to browse the site, you are agreeing to our use of cookies.